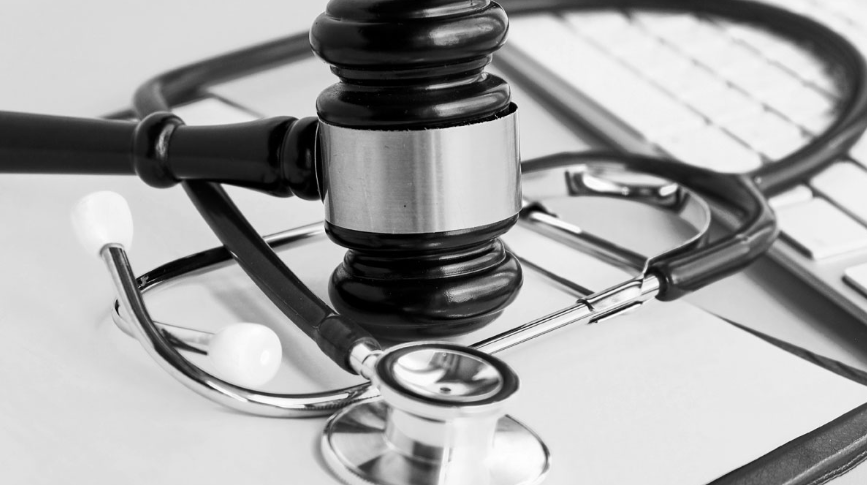 In November last year, the White House administration announced a new rule through CMS requiring hospitals “to make public payer-specific negotiated charges, the amount the hospital is willing to accept in cash from a patient for an item or service, and the minimum and maximum negotiated charges for 300 common shoppable services in a manner that is consumer-friendly and update the information at least annually.” The administration said the rule would “increase price transparency to empower patients and increase competition among all hospitals, group health plans and health insurance issuers in the individual and group markets.”

The American Hospital Association pushed back with a lawsuit, arguing that the law “violates the First Amendment and goes beyond the statutory intent of the Affordable Care Act,” according to the Wall Street Journal.

On June 23, AHA lost that battle in the U.S. District Court for the District of Columbia, though the group says it plans to appeal the decision.

While the ruling doesn’t impact covered entities any differently than it does other hospitals, there’s some concern that it may open the door for pharma companies and government stakeholders to question the validity of rates, making the argument that those who receive savings from the 340B program should, therefore, charge less for certain services.

House Committee on Appropriations comments on HRSA 340B oversight

On July 13, the House Committee on Appropriations passed an appropriations bill regarding funds for fiscal year 2021. The report released alongside the bill included some commentary related directly to the 340B program and HRSA’s oversight of the program.

Specifically, the Committee said it “acknowledges the request for additional regulatory authority and notes that HRSA already has existing oversight authority that allows the agency to conduct audits of stakeholders who participate in the program to ensure compliance.” The Committee pointed out that HRSA has used this authority to conduct 1,300 audits of covered entities, but only 20 audits of manufacturers.

Also on July 13, HHS announced an additional $4 billion in relief payments to healthcare providers affected by the ongoing COVID-19 coronavirus pandemic. $3 billion of the funding will go to “serving a large percentage of vulnerable populations on thin margins,” while approximately $1 billion is intended for “specialty rural hospitals, urban hospitals with certain rural Medicare designations, and hospitals in small metropolitan areas,” according to an HHS press release.

The new funding was, in part, announced to address the fact that some hospitals did not qualify for payment as part of the $10 billion Provider Relief Fund released on June 9. “HHS recognizes the urgent need these vital funds play in supporting safety net providers and those serving large rural populations facing financial devastation catalyzed by the pandemic,” the release says.

On July 2, Senator John Thune (R – S.D.) introduced a bill aimed at protecting 340B hospital eligibility during the COVID-19 pandemic.

At the heart of the issue is the fact that a hospital’s eligibility for the 340B program depends upon inpatient hospital admissions of low-income Medicare and Medicaid patients. However, due to the COVID-19 pandemic, many more commercially insured patients are being admitted to hospitals across the country, shifting the proportion of Medicare and Medicaid populations. And with ebbs and flows of the disease in different states at different times, the percentage of commercially insured and Medicare/Medicaid patients admitted at any given time is changing rapidly.

Compounding the issue, “patient volumes have plummeted at hospitals across the country as the pandemic forced facilities to shutter elective surgical procedures and patients have been afraid of entering a facility for fear of contracting the virus,” reports FierceHealthcare. Thune’s proposed bill would “ensure any previously eligible 340B hospital would still be eligible for any cost reporting period during the COVID-19 public health emergency,” the article says.

While the current public health emergency is scheduled to expire July 25, HHS has said that it expects to extend the period past this date.

“Because of the changes these hospitals have had to make to care for COVID-19 patients and postpone most elective procedures, some may see their patient mix change in a way that could cause them to become ineligible. The result would be a dramatic increase in drug costs at a time when they can least afford for that to happen,” said 340B Health president and CEO Maureen Testoni in a statement. “This legislation will make sure safety-net hospitals will not lose their access to drug price discounts because of the changes in operation necessitated by the pandemic. This, in turn, protects patients at a time of public health emergency.”

In other Senate news, Senator Chuck Grassley (R – I.A.) is planning to release an updated version of the bill aimed at lowering drug prices that he first introduced last year. It’s an uphill battle, however, with Senator Ron Wyden (D – O.R.) dropping his support, making the bill no longer a bi-partisan effort, according to an article from The Hill.

“The original Grassley-Wyden bill had a range of measures to lower drug prices, including capping seniors’ out-of-pocket drug costs in Medicare,” The Hill article notes. “More controversially, it included an idea from Wyden to limit Medicare drug price increases to the rate of inflation,” making it difficult to gain Republican support.

The updated version of the bill included some concerning language around 340B, saying that states have the option of excluding 340B drugs from the pass-through payment provision for Managed Care Medicaid patients. This means that, if the state chooses, they can reimburse hospitals for drugs at the exact price the hospital paid, rather than at the typical negotiated reimbursement rate. This method would reimburse at cost plus a dispensing fee, resulting in zero 340B savings from these drugs.

We look forward to “seeing” all of our customers, partners, and 340B allies this week and next during the 340B Coalition Virtual Summer Conference. With the Presidential election just around the corner and COVID-19 still spreading across the US, we expect the second half of 2020 will keep us all on our toes. Stay healthy.

This month, we bring you a bonus 340Buzz report in addition to this post. Three pharma companies have attempted to stir the pot when it comes to what’s within their rights regarding the 340B program. Find out how your voice matters.

Sentry Data Systems, a pioneer in automated pharmacy procurement, utilization management, and 340B compliance, is leading the healthcare industry in turning real-time data into real-world evidence through Comparative Rapid Cycle Analytics™ to reduce total cost of care, improve quality, and provide better results for all.